Energy stocks made gains on Thursday 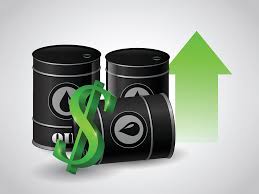 Oil futures ended higher on Thursday, as a fall in U.S. weekly jobless claims to a new pandemic low and progress toward a fresh coronavirus aid package boosted prospects for energy demand.

West Texas Intermediate crude for December delivery rose 61 cents, or 1.5%, to settle at $40.64 a barrel on the New York Mercantile Exchange. December Brent crude, the global benchmark, added 73 cents, or nearly 1.8%, at $42.46 a barrel on ICE Futures Europe.

Prices also found support after Russia’s President Vladimir Putin said his country has not ruled out delaying production increases by the Organization of the Petroleum Exporting Countries and their allies that are set to be implemented in January, Bloomberg News reported Thursday. The group of producers, collectively known as OPEC+, includes Russia.

“An agreement between Saudi and Russia on extending the current levels of cuts would be an important first step. But the two states would also need to get buy-in from other Opec-plus members, which have struggled to implement their share of the cuts,” Amena Bakr, deputy bureau chief at Energy Intelligence, tweeted Thursday.