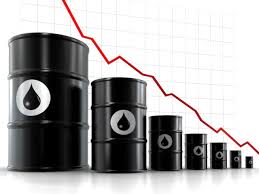 Oil futures finished Monday with a modest loss, failing to find much support as an OPEC+ committee reiterated its commitment to output cuts and said it “encouraged” some producers to fully compensate for production above their quotas.

West Texas Intermediate crude for November delivery, the front-month contract, fell by 5 cents, or 0.1%, to settle at $40.83 a barrel. The November contract expires at the end of Tuesday’s session. The most-active December WTI contract lost 6 cents, or nearly 0.2%, to $41.06 a barrel on the New York Mercantile Exchange according to MarketWatch.

Prices had briefly moved higher shortly after Saudi Arabia’s energy minister said OPEC+ will do “what is necessary” to rebalance the oil market.

Oil traders also monitored accelerating COVID-19 infections in the U.S. and Europe and the potential loss of energy demand, adding pressure to prices.

Saudi Energy Minister Prince Abdulaziz bin Salman on Monday said that the Organization of the Petroleum Exporting Countries and its allies, together known as OPEC+, has shown that it has the “flexibility” to adapt to changes in the oil market and will “do what is necessary in the interest of all.”

OPEC+ must comply with three key principles: “predict, prevent and be proactive” in the oil market, said Prince Abdulaziz, in his opening statement for the Joint Ministerial Monitoring Committee virtual meeting. The group must base decisions on the best available data and information, and always be forward looking in its decision making, he said.

He acknowledged, however, that OPEC+ still has work to do to get certain countries to fully compensate for past overproduction.