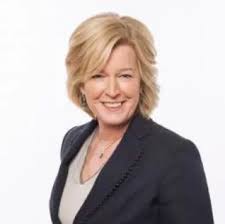 Houston-based NRG Energy announced the appointment of Elisabeth (Lisa) Donohue as a new Independent Director to its Board of Directors effective October 5, 2020, according to a company press release issued Monday.

“The Board is pleased to welcome Ms. Donohue as our newest Independent Director; Lisa’s distinguished consumer- and digital-focused career will bring valuable diversity of thought and expertise to the Board as the Company advances its transformation by moving closer to the customer,” said Lawrence Coben, NRG Board Chairman. “This appointment demonstrates our deliberate commitment to Board refreshment through achieving greater diversity in experience and backgrounds to help the Company execute on its long-term strategy; Lisa marks the fifth new independent director to join NRG’s Board over the last three years.”

Donohue recently retired from Publicis Groupe, the world’s third largest communications company where she spent 32 years advising clients on their consumer marketing efforts and business transformation. Her most recent role included serving as the CEO of Publicis Spine, a data and technology start up launched by Publicis Groupe in October 2017. From April 2016 to October 2017, she served as Global Brand President of Starcom Worldwide, the media communications agency. From 2009 through 2016, Donohue served as CEO of Starcom USA, where she drove Starcom’s digital offering and built the agency’s data and analytics practice.

She remains active with leadership roles on two non-profit boards. Donohue is currently President of the Board of Trustees of Milton Academy based in Milton, Massachusetts and immediate past Board President of She Runs It based in New York City. She is also a director of Synacor, a NASDAQ listed company, where she serves as the chair of the compensation committee and as a member of the audit committee.

Donohue graduated from Brown University with a B.A. in both Organizational Behavior & Management and Business Economics.

As a member of the Company’s Board of Directors, Donohue will also serve on the Board’s Finance & Risk Management and Audit Committees. Her appointment expands the Board to 11 members, ten of whom are independent and seven of which are gender and/or ethnically diverse.