Conoco Closing in on Concho in Year’s Biggest Oil Deal 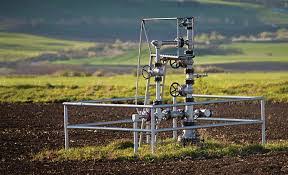 Natural gas prices rallied 1.1% on Friday, remaining above support near the 50-day moving average at 2.76. Resistance is seen near the October highs at 2.95. Short-term momentum has turned positive as the fast stochastic generated a crossover buy signal. The MACD histogram is printing in the black with an upward sloping trajectory which points to higher prices.