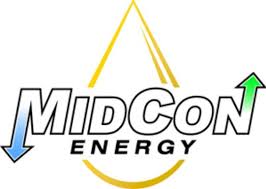 The oil and gas industry’s latest merger, that of Tulsa’s Mid-Con Energy Partners and Fort Worth-based Contango Oil and Gas should be completed by early next year according to officials involved in the all-stock deal valued at about $400 million.

The combined company will be headquartered in Fort Worth, TX but will continue to maintain a presence in both the Houston and Oklahoma markets.

Under the terms of the merger agreement, Mid-Con unitholders will receive 1.75 shares of Contango common stock for each Mid-Con common unit owned, representing a 5 percent premium based on a 15-day volume weighted average price.

Voting agreements have been signed by over 50% of holders on both sides of the transaction, including Goff Capital. The closing is subject to customary shareholder and unitholder approvals and other customary conditions to closing. Contango’s senior management team will run the combined company, and Contango’s board of directors will remain intact.

Under the agreement, if either company  backs out of the deal, it will pay Mid-Con a $1.5 million termination fee to the other party.

The merger followed Mid-Con’s reorganization of its ownership structure carried out earlier this year. It came after the company’s revolving credit facility was cut from $95 million down to $64 million.