Devon and WPX work to close their merger this year

AEP says company is on ‘precipice’ of renewable energy transformation

The company said its acquisition of the 2,758 net acres included production of 210 barrels of oil equivalent a day of which 80% is oil. The price was $11.3 million and the acquisition increased Laredo’s position in Howard County to 11,299 acres. It included the addition of a dozen new 10,000-foot locations at what it described as “conservative 12 wells per unit development assumptions.

It also included the potential for 25 additional locations as drilling units are formed. The purchase increased Laredo’s working interest and lateral length of 12 existing locations. 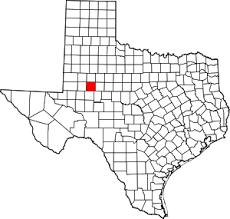 At the same time, Laredo announced its borrowing base at its Senior Secured Credit Facility was reaffirmed at $725 million. It increased its liquidity to $476 million including cash and cash equivalents of $15 million. The new liquidity is an increase from $422 million at the end of June 2020.

“During the third quarter, we delivered on our commitment to reduce net borrowings and strengthen our balance sheet, and have now reduced net debt by $54 million after paying for the Howard County bolt-on acquisition,” stated Jason Pigott, President and Chief Executive Officer.