ExxonMobil to lay off 14,000 workers in coming year around the globe 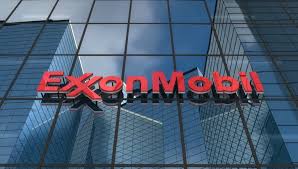 Reports indicate that Exxon Mobil Corp. plans to cut 15% of its global workforce by the end of 2022. Bloomberg reported the cuts will include 1,900 jobs in the U.S. with most of them in Houston, Texas. The entire layoffs around the globe will total about 14,000 workers.
Other layoffs will occur in Europe and Australia. The workforce reductions are the latest efforts of Chief Executive Officer Darren Wood to slash spending for the company and bring an end to Exxon’s worst series of quarterly losses in the past 21 years.

“These actions will improve the company’s long-term cost competitiveness and ensure the company manages through the current unprecedented market conditions,” the company said in a statement on Thursday.

As a result of the announcement, Exxon’s shares increased nearly 4% to $32.73 in New York.

Company spokesman Casey Norton says the drop of 14,000 workers is from year-end 2019 levels. He explained the layoffs will happen through attrition, scaled-back hiring in some countries and focusing on redundancy programs in 2021.