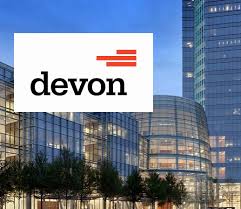 Oklahoma City’s Devon Energy reported Thursday it suffered a net loss of $92 million or 25 cents a share in the third quarter.

Despite the loss, the company stated in a filing with the Securities and Exchange Commission, “The company’s financial position continues to remain exceptionally strong with excellent liquidity and low leverage.”

“Devon is executing at a very high level on all aspects of our disciplined cash-return business model,” said Dave Hager, president and CEO. “Our third-quarter performance was highlighted by record-setting well productivity and capital efficiency gains in the Delaware Basin that drove oil production well above guidance with a total capital investment that was below forecast.” 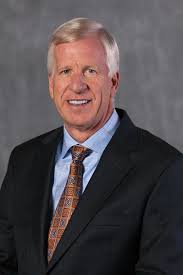 The quarterly reported stated that Devon exited the third quarter with $1.9 billion of cash and an undrawn credit facility of $3 billion. At the end of the quarter, Devon’s outstanding debt totaled $4.3 billion with no debt maturities happening until late 2025.

Upstream capital spending in the third quarter was $195 million, or 3 percent below midpoint guidance. This positive variance was attributable to efficiency gains in the Delaware Basin and improvements in service-cost pricing. Devon averaged nine operated drilling rigs and three completion crews in the third quarter, all residing in the Delaware Basin.

Devon’s production expense totaled $271 million in the third quarter, an 8 percent improvement year over year. The largest component of production expense is lease operating expense and gathering, processing and transportation costs, which totaled $225 million in aggregate, or $7.49 per Boe in the quarter. Effective cost management efforts and efficient field-level operations drove per-unit rates 8 percent below guidance expectations for the quarter.

Devon reported record production in some of its areas of operations. One three-mile lateral well in the Delaware Basin of West Texas set a company record with 30-day rates averaging an amazing 7,300 Boe a day per well. Devon brought 32 operated wells online across Southeast New Mexico.

But production in the Eagle Ford dropped 11% compared to average rates in the first half of 2020. As a result, Devon did not pursue any drilling or completion activity in the quarter. The firm still has 22 uncompleted wells in its Eagle Ford inventory.

In the Anadarko Basin, Devon did not operate any rigs or complete any new wells in the quarter. Net production was flat with an average 89,000 Boe per day.

With the recent improvement in natural gas prices, Devon is evaluating the resumption of activity in early 2021 through its $100 million drilling carry with Dow.