Conoco Closing in on Concho in Year’s Biggest Oil Deal

The possible acquisition of Concho Resources Inc. by ConocoPhillips could come as soon as Monday according to a report by Bloomberg. If so, it could be the largest shale industry deal since the collapse in energy demand earlier in the year.

The companies are reported to be finalizing the terms of a transaction and could announce an agreement as soon as Monday, said the people, who asked not to be identified discussing confidential information. No deal has been reached and talks may still fall apart.

A tie-up of the explorers will create a heavyweight driller in America’s most prolific oilfield — the Permian Basin of West Texas and New Mexico — rivaling only the likes of Occidental Petroleum Corp. and Chevron Corp. in terms of crude output.

A crash in oil prices caused by the pandemic has accelerated a push for consolidation in the U.S. oil and gas industry, which is under severe strain after years of debt-fueled growth. 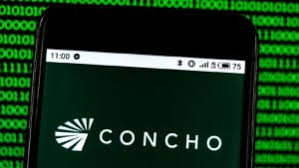 With oil stable at around $40 a barrel, there are signs that deals may be picking up. Chevron Corp. completed its acquisition of Noble Energy Inc. this month, and in September Devon Energy Corp. announced it was buying Permian operator WPX Energy Inc.

At that size, a takeover would be the largest U.S. oil and gas deal this year, according to data compiled by Bloomberg.

While Houston-based Conoco emerged from the oil market slump in a relatively strong position with about $7 billion of cash on hand, its growth outlook is challenged.

Adding Concho will dramatically alter its production profile. The Midland, Texas-based shale company is entirely focused on the Permian and pumped 319,000 barrels in the second quarter, about six times what Conoco produced there.