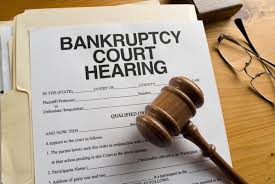 Bloomberg reports the Chapter 11 bankruptcy of Oklahoma City’s Chesapeake Energy Corp. is headed to a court fight as creditors contend Chesapeake and Franklin Resources Inc. are accused of basing the company’s bankruptcy on a fraudulent scheme.

U.S. Bankruptcy Judge David Jones set a Dec. 15 hearing to review the claims of the creditors and decide whether to allow Chesapeake to exit its bankruptcy that was filed in June. Chesapeake has proposed exiting bankruptcy by turning the company operations over to senior lenders including Franklin.

Until the hearing, a committee of unsecured creditors will prepare their case against Chesapeake and Franklin. Bloomberg reported that the two created a “liability management scheme” shifting value to Franklin and other senior lenders at the expense of unsecured noteholders.

The committee has asked the judge to allow the filing of a fraudulent transfer lawsuit challenging the legitimacy of the senior debt that totals billions of dollars. Members allege Chesapeake should have filed bankruptcy much earlier than it did for the alleged effort to make it more difficult to challenge the debt held by Franklin and other lenders.

They contend the plan “infected” Chesapeake’s capital structure with $1.5 billion in debt from a unit that should have been responsible for paying the liability on its own. Bloomberg quoted Robert Stark, an unsecured creditor lawyer.

Franklin disputes the allegations and will fight them, according to its attorney.

“Mr. Stark has gone out of his way to poke the bear during his presentation,” attorney Michael S. Stamer told  the judge during the hearing, which was held by telephone.

Chesapeake attorney Patrick J. Nash also told the judge the company disagrees with the allegations of the unsecured committee.