Williams Cos. CEO upbeat about his company’s energy projects 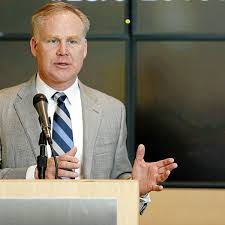 While natural gas pipeline operators have run into problems with development along the East Coast, including the cancellation of one massive project, the head of Tulsa’s Williams Cos. remains as optimistic as ever about the future of natural gas and his firm’s ability to transport it.

Alan Armstrong, President and CEO gave the indication last week at the Barclays CEO-Energy Power Conference, “our expansions are going pretty well along our system. And we really don’t see much reason as long as we’re staying along our existing right of ways, we don’t really see much reason that those projects will be stopped or be any more difficult.”

Williams recently received permits for its Leidy South Project, an expansion of the company’s existing Pennsylvania energy infrastructure to connect existing supplies in the northern and western parts of the state to growing demand centers along the Atlantic Seaboard. Williams believes the project will be able to meet the daily needs of nearly 2.5 million homes.

“So, we were very careful about our permitting processes. We don’t get ahead of ourselves,” said Armstrong during his firm’s presentation at the conference. “We know it’s going to take time. And we make sure we’re working with the regulators very closely as doing it in a way that we don’t get ahead of ourselves in the permitting process. And we don’t get expectations because of our customers or investors ahead of that schedule as well. And I think that’s the prudent way to take on pipeline permitting and project development in this environment.”

Armstrong also offered his take on Williams Cos. contracts with Chesapeake Energy, an Oklahoma City company that went into Chapter 11 bankruptcy reorganization and promptly asked a judge to void some of its gas delivery contracts.

“—we have the very-modern language that we think will stand up to any challenge in court. We love the venue that we’re in with — on the Chesapeake case. And I think they really respect that as well, because as you know, they haven’t asked to reject any of the gathering contracts, despite rejecting a lot of the downstream service contracts.”

He also said the judge in the Chesapeake bankruptcy case is one who has been an outspoken critic of other rulings that allowed firms to back out of their gas supply agreements while in bankruptcy.

“So, we feel really good about where we stand there. We’re excited, really honestly, to see Chesapeake get this burden off their shoulders in terms of debt and really get back to doing what they extremely well, which is growing and developing reserves that are dedicated to it,” answered Armstrong.

In recent weeks, Williams announced intentions to seek a 56% reduction in greenhouse gas emissions from 2005 levels by 2030 and hit net zero by 2050.

“— we kind of stared at ourselves and said, do we really just want to be somebody else saying the same old thing, which none of us are going to be accountable for by 2050, or do we really want to put something out there that we can actually affect and we as a management team can really make the difference on in again, kind of in the here and now. And we chose to really lay out a plan that we were confident that we could deliver on, that we knew how we were going to get there, and we weren’t relying on somebody else having that responsibility. “