Virtual meetings a sign of the times for Oklahoma regulators 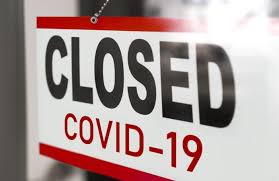 As Oklahoma Corporation Commissioners debated the safety merits of holding in-person hearings amidst the COVID-19 pandemic, they were assured the agency is protecting its employees.

“This agency has done everything it can to protect its employees,” said Commission legal counsel Michelle Henderson when the issue was raised during Thursday’s meeting.

She explained staff employees were polled about attending in-person hearings and no one was pressured to respond.

“They have gone above and beyond to make sure no one was pressured,” added Henderson who said some employees have volunteered to return to the headquarters to take part in the in-person hearings. “There is a critical need for some in-person hearings.”

Henderson responded during the virtual meeting after Commissioner Bob Anthony raised the issue of making sure employees were not forced to attend in-person hearings if they chose not to take part for fear of the coronavirus. He described them as “life threatening circumstances.”

The Commission earlier delayed for at least a week a possible decision on extending its original COVID-19 order issued in March that closed the headquarters to the public. Administrator Tim Rhodes suggested an extension to December 24, 2020 but upon questions by Commissioner Dana Murphy, the commission delayed a decision.

Nearly 50 minutes into the meeting, a technical problem with the virtual aspect caused commissioners to adjourn until a later date. While some members still had contact through phone connections, the concern over a possible open meeting violation led to an adjournment.