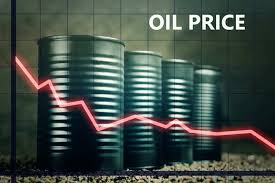 While the Dow skidded 600 points on Friday, oil futures closed below $40 a barrel for the first time since early July. The drop contributed to a loss for the week amid concerns over prospects for demand, losses in the stock market and strength in the U.S. dollar pushing prices to their lowest in nearly two months.

West Texas Intermediate crude for October delivery fell $1.60, or 3.9%, to settle at $39.77 a barrel on the New York Mercantile Exchange.

November Brent, the global benchmark, lost $1.41, or 3.2%, at $42.66 a barrel on ICE Futures Europe. Both crude benchmarks settled at their lowest since July 9, based on the front-month contracts, according to Dow Jones Market Data.

Oil was pressured by a strengthening U.S. dollar, as it also got “swept up in the wave of risk-off sentiment and selling in broader markets,” Matt Smith, director of commodity research, at ClipperData, told MarketWatch.

The dollar was trading 0.4% higher for the week, as gauged by the ICE U.S. Dollar Index, a measure of the buck’s strength against a half-dozen currencies. The greenback got a boost Friday, in part, from better-than-expected monthly U.S. employment data, which revealed a drop to 8.4% in the August unemployment rate, from 10.2%.

Oil demand also continues to be a key concern. “Crude demand in the U.S. is being reined in, driven by weaker crack spreads as a result of stymied product demand and elevated inventories—particularly relating to middle distillates,” said Smith. Crack spreads refer to the price difference between crude oil and the products refined from it and middle distillates include heating oil and diesel.