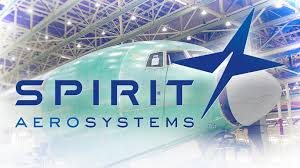 Wichita-based Spirit Aerosystems is reportedly preparing for another round of layoffs after letting thousands of workers go because of the COVID-19 pandemic. But it’s unclear if the layoffs will hit Spirit’s operations in Tulsa and McAlester,

KWCH TV in Wichita reports Spirit CEO Tom Gentile announced the company was canceling a new ventilator project that brought in more than a thousand jobs for workers.

But, earlier this month, Spirit CEO Tom Gentile announced the company was canceling the contract and would no longer be making those ventilators.

This means those 1,000 jobs are now being bumped back to jobs on-site at Spirit. This is what the company calls “The Waterfall Effect:” those who may have less seniority at the company could face layoffs.

The President of the District 70 Union Cornell Beard said he hopes there won’t be another massive layoff from this.

“So now those folks are essentially going to be possibly bumping someone else out and placing them on the warning or layoff,” Beard said. “So it’s a real, real trying time right now.”

Beard said he believes Gentile is doing everything he can to keep jobs in Wichita, but with the decline in the aircraft industry, layoffs are expected.

It was in March when the company temporarily halted work for Boeing that was performed in Wichita and the two Oklahoma facilities. It suspended some employees in Tulsa and McAlester but went ahead with non-Boeing work.

Deep cleaning of work spaces and facilities also is planned.