Oil prices finish higher but US futures are still under $40

The Oklahoma Chapter of the Sierra Club reported it’s the cry of environmentalists after the governor announced his intention to ask the courts to remove environmental authority from tribes and put it under the power of the Environmental Protection Agency.

“The actions of Governor Stitt are not surprising,” said Ponca Tribal Environmental Ambassador, Casey Camp Horinek, “The State of Oklahoma was founded on racism, and Stitt follows a long line of governors who have considered tribes sacrifice zones for fossil fuel industry profits.”

“Tribes across the state have been targeted for environmental genocide at the hands of the oil and gas industry, enabled by state agencies and government officials, including the Governor’s office,” added Horinek, “and it all comes down to money.” 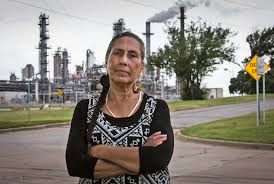 The Sierra Club noted that Gov. Stitt received more than $239,000 in oil and gas industry donations since his November 208 election wants the federal government to override the Supreme Court and give Oklahoma control over environmental regulations on Native American reservations, including the regulation of fossil fuel activities.

“Tribes are already sovereign, despite decades of attempts to diminish our authority over our own lands to protect our communities and make laws governing clean water, air and soil,” Horinek said.

In 2017 the Ponca banned fracking and became the first tribe to pass a statute recognizing the Rights of Nature to be free from fossil fuel contamination by asserting that ecosystems, including humans, have legal standing in a court of law.

“It is more race-baiting,” says Horinek. “The tribes impacted by the Supreme Court’s McGirt decision and all tribes in the state must stand together. Our very existence is at stake. If Stitt has his way the fossil fuel industry will line his pockets with our lifeblood.”

Pennie Opal Plant, co-founder of the Indigenous and Rights of Nature organization, Movement Rights, said, “Following the Ponca, several other tribes across the US have also recognized Rights of Nature as law consistent with their Indigenous values and traditions, and as a way to protect clean water, air and soil not only for their tribes, but for everyone.” 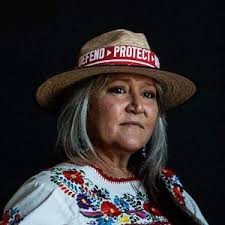 With growing unrest among many tribes and communities about the role of fossil fuels in the state in 2017, Oklahoma was among the first to pass anti-protest laws. It is now felony with a mandatory $10,000 minimum fine to block or impede fossil fuel operations. Oklahoma’s law is unique in that it also broadly targets groups and organizations “conspiring” with protesters.