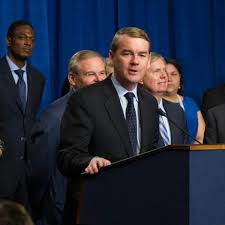 Bennet’s Oil and Gas Bonding Reform and Orphaned Well Remediation Act would create a fund to expand orphaned well cleanup on federal, state and tribal lands and would boost individual and statewide bonding requirements to $75,000 and $200,000, respectively, while also removing “inadequate” bonding mechanisms.

The multi-billion-dollar fund would be administered by the Interior Department in coordination with the departments of Agriculture and Energy, and the Interstate Oil and Gas Compact Commission according to POLITICO.