Senator Lankford and others target elimination of wind tax credit 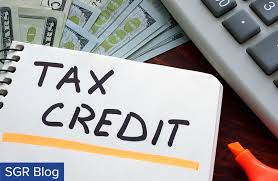 Oklahoma U.S. Sen. James Lankford and three other Senators as well as a Texas Congressman contend the federal production tax credit for energy renewables should be eliminated and phased out. They suggest it’s time to sunset the credit for wind power.

Lankford as well as Kevin Cramer (R-ND), John Hoeven (R-ND) and Shelley Moore Capito (R-WV) along with Rep. Kenny Marchant (R-TX) introduced legislation to do away with the tax credit. Their bill specified that any new projects would need to begin construction by the end of 2020 in order to qualify for the credit. It would also make any extension for 2020 to be the last such extension the credit will receive.

“This production tax credit was established years ago to help the fledgling renewable energy industry. Now, when you drive through my state and many others with countless wind turbines, you can see that the wind industry is no longer a start-up, new energy source,” said Lankford. “The wind industry is thriving and does not need federal taxpayers’ money to thrive.”

Sen. Lankford said the cost to taxpayers for the PTC for all qualified renewables has increased from $5.7 billion over the first five years of the credit to $19.5 billion over the 2019-2023 period.

The Senator said with $26 trillion in national debt and ever-present deficit spending issues, it’s time to return to the spirit of the 2015 agreement and allow what he called the “market-distorting” credit expire. 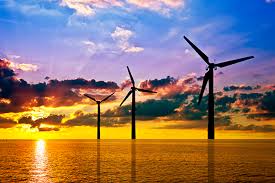 “The wind production tax credit is fundamentally unfair and has long outlived its expiration date,” said Cramer. “Our bill helps level the energy market by forcing this disruptive tax credit to finally expire.”

“We should not be wasting more taxpayer dollars on a credit that completed its goal years ago,” said Capito.

Their bill has the support of the National Mining Association whose President and CEO, Rich Nolan stated, “For far too long, the electricity marketplace has been distorted by regulatory overreach and massive subsidies that are driving up the cost of electricity and reducing grid reliability.”

The bill would ultimately completely remove the PTC from the tax code once projects qualifying in 2020 finish receiving what is promised to them under current law to guard against future extensions of the credit and to provide certainty around when PTC-related tax expenditures will disappear. Lankford introduced similar legislation as a standalone bill in October 2015 and has offered the provision as an amendment to other previous legislation.