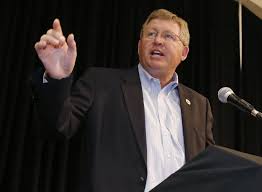 Oklahoma Congressman Frank Lucas joined an effort this week to save regional airline operations across the country including at the Stillwater Regional Airport where American Airlines is cancelling its flights.

Rep. Lucas and others made the effort as Congress faces a Sept. 30 deadline to extend the Payroll Support Program which provided funding to support the aviation industry during the COVID-19 pandemic. The funding also helped avoid service suspensions at regional airports including the one in Stillwater.

“As emergency federal aid expires at the end of the month for our aviation industry, it’s critical Congress and airlines recognize the significant impact these regional routes have in our communities, including providing employment opportunities, promoting tourism, and supporting the local economy,” said Rep. Lucas in a statement.

Due to the impending expiration of the PSP on September 30, American Airlines announced that it would suspend service to regional airports, including Stillwater Regional Airport, and enact involuntary staffing reductions beginning in early October.

In response to that announcement, Congressman Lucas, along with Oklahoma’s U.S. Senators Jim Inhofe and James Lankford, sent a letter to American Airlines leadership regarding the service suspension. The letter urges the airline to remain committed to the community of Stillwater, Oklahoma and jobs the airport supports and to consider all options to maintain commercial service to Stillwater, Oklahoma.

American Airlines is the third largest private sector employer in Oklahoma with over 6,000 employees, many of whom are located at the world’s largest commercial aviation maintenance base – American Airlines’ Tech Ops – Tulsa facility.

The letter to American Airlines can be found here.

The letter to Congressional Leadership can be found here.