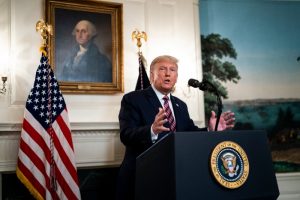 Several of the 20 names added this week by President Donald Trump to his Supreme Court “shortlist” have experience in energy issues whether it is climate change, coal and anti-trust claims, FERC or administration efforts to roll back energy regulations.

That’s why their nominations are of importance to the energy industry, whether it’s coal, oil and gas or renewable resources.

POLITICO reported the announcement is widely considered to be an expansion of what Trump did in his 2016 campaign in a move to bolster support among his conservative base. Chances of the 20 and the others are considered low for this year with no vacancies so far and none really expected before the election.

SCOTUS watchers noted Wednesday that some of the names that previously topped Trump’s list are still considered the front-runners, including Amy Coney Barrett from the 7th Circuit and Amul Thapar from the 6th Circuit.

But the list highlights judges and others with history on environmental issues — and shines a spotlight on a freshman judge about to issue a much-watched ruling on coal mining. 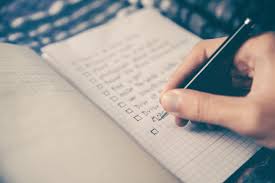 Judge Sarah Pitlyk joined the District Court for the Eastern District of Missouri in December and quickly found herself at the heart of a fight over one of Trump’s top issues: coal.

Judge Pitlyk is due to rule in the coming weeks on whether to block a joint coal venture between Peabody and Arch that the Federal Trade Commission alleges violates antitrust laws. She must decide whether the deal is just about competition in the coal mining industry or whether to consider coal’s troubles amid broader electricity sector competition from natural gas and renewables. (Complicating things: Attorney General Bill Barr said the FTC is “addressing the problems of yesteryear” and promised to take a look at the issue.)

Judge Gregory Katsas joined the powerful D.C. Circuit Court of Appeals in late 2017. He’s ruled in a number of energy cases since then, including the June ruling in which the court admonished FERC for holding up property owners’ challenge to pipeline permits while companies move ahead with construction.

Lawrence VanDyke joined the 9th Circuit in January after serving about a year as a top deputy at the Justice Department’s Environment and Natural Resources Division, where he helped defend Trump regulatory rollbacks and the expansion of fossil fuel production.

He also represented Texas, Montana and Nevada in many fights against the Obama administration, including over the Clean Power Plan and the Waters of the U.S. rule.

Former Solicitor General Paul Clement is well-known on many issues, including work on several energy cases in recent years. He unsuccessfully represented the challengers of FERC’s demand response rule before the Supreme Court in 2015.

In 2016, he won a Supreme Court fight over federal-state electricity sales jurisdiction. Clement also recently represented Kinder Morgan in one of the lawsuits regarding the Clean Water Act’s authority over contamination that travels via groundwater to federal waters, though the high court used another case out of Hawaii to settle the issue.

Judge Bridget Bade joined the 9th Circuit last year but in the early 1990s spent four years in DOJ’s environmental torts division, which defends the government against lawsuits over exposure to chemicals or pesticides.

Three conservative Republican senators — Ted Cruz, Josh Hawley and Tom Cotton — all made the list as well. The trio has enthusiastically backed the Trump administration’s deregulatory agenda and opposed economy-wide measures to combat climate change, such as the Green New Deal. Cruz infamously held a 2015 hearing questioning mainstream climate science and aggressively campaigned in 2016 on deregulation.