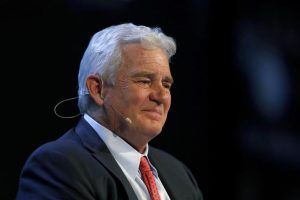 Forbes reported the contribution puts the Dallas tycoon and leader of Energy Transfer Partners as one of the top financial supporters of President Trump in his bid for reelection. Warren and his wife Amy had previously contributed nearly $1.7 million to committees that directly supported the President and another $1.6 million to other causes in this election cycle.