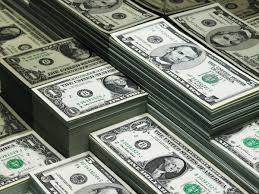 Overall August collections met expectations, but were lower compared to August of 2019 due to the continued depression of gas production tax and decline of other collections.

Gross production tax collections continued to be below the estimate. They totaled $9.9 million which was $3.4 million or 25.5% below he estimate and $5.5 million and 35.8% below the previous year.

Oil collections have not yet met the $150 million cap before contributing to General Revenue and were not estimated for August.

“This month’s collections were largely boosted by unemployment remittances and timing of corporate income tax payments,” said Office of Management and Enterprise Services Director Steven Harpe. “These anomalies should not be expected to continue in other months, especially after federal assistance payments are fulfilled and deferred tax payments are received.”

Income taxes continued with a second month of outperforming prior year collections due to unemployment relief and changes in income filing requirements. Sales tax collections growth to the General Revenue Fund was also not economically driven, but the result of the August 2019 sales tax being reduced by a one-time, $22 million allocation to other state funds. According to the State Treasurer’s August’s Gross Receipts Report, gross sales receipts were down by 4.4%.

Major tax categories in August contributed the following amounts to the GRF:

As state government’s main operating fund, the GRF is the key indicator of state government’s fiscal status and the predominant funding source for the annual appropriated state budget. GRF collections are revenues that remain for the appropriated state budget after rebates, refunds, other mandatory apportionments and after sales and use taxes are remitted back to municipalities. In contrast, gross collections, reported by the State Treasurer, are all revenues remitted to the Oklahoma Tax Commission.