OKC and others compete to become US Space Command headquarters site 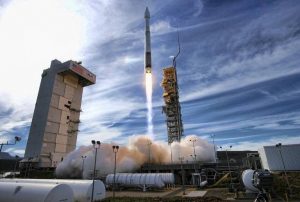 Oklahoma City isn’t ready to publicly discuss its application, but it is among cities in at least 26 states hoping to be selected as the site of the new U.S. Space Command headquarters.

The Air Force in May announced an open bidding process that allows any state with large military bases to compete and the deadline for bids was June 30 with a decision coming in early 2021.

The Air Force said it expects to select a location in early 2021 but it will take up to six years to build new facilities. During that time U.S. Space Command will remain at its provisional headquarters at Peterson Air Force Base in Colorado Springs, Colorado. 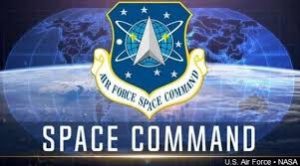 The Air Force had narrowed its original list of possible locations last summer to the Redstone Arsenal in Alabama, California’s Vandenberg Air Force Base and Colorado’s Peterson Air Force Base, Buckley Air Force Base, Cheyenne Mountain Air Force Station and Schriever Air Force Base. But months later, the site selection was expanded to allow other cities and communities to apply.

Communities must meet certain criteria to be eligible. They must be locations that have a population base that is within the top 150 largest U.S. metropolitan areas located within 25 miles of a military base. They must have a “livability index” score of 50 points out of 100 or higher as determined by the American Association of Retired Persons Public Policy Institute.

That puts Oklahoma City in competition with its Tinker Air Force Base and the major Air Logistics Center.

But there is also competition from four cities in Kansas reported by Kansas City Star.

Kansas City, Kansas, as well as Wichita, Derby and Leavenworth have all submitted proposals for sites in their communities. St. Louis is also in the running. 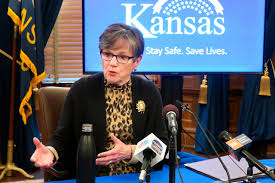 In a recent announcement, Kansas Gov. Laura Kelly said she has directed her cabinet to use “all resources necessary” to support the cities in their efforts.

“Our strong teams of state and local economic development professionals have the tools available for the attraction, growth, and retention of the U.S. Space Command headquarters,” Kelly said. “Kansas is the perfect place for this facility, and we are prepared to do the work to get it here.”

Secretary of Commerce David Toland said there’s “no question” that Kansas is the optimal location for Space Command to set up shop.

“Our central location, talented and educated workforce, existing military infrastructure, the advanced network of higher education institutions across our state — the list of advantages is unmatched,” Toland said in the release.

At a panel discussion on space defense and deterrence in Wichita last July, Assistant Air Force Secretary Will Roper stressed the urgency of establishing a “dominant” U.S. presence in space. Defending the country’s satellites from a myriad of attacks will be a top priority in coming years, he said.

“If an evil genius can think it up, we’re probably going to face it on that space-based battlefield,” Roper said, emphasizing that foreign adversaries see interfering with the U.S.’s satellites as a way to undermine the “huge advantage” America has in the world.

In 2018, President Donald Trump announced his intention to establish a Space Force as the sixth branch of the U.S. military. Congress has voted to house the division for now inside the Air Force.