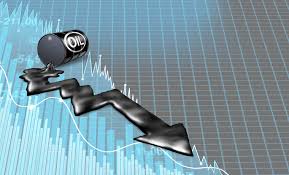 Oil prices posted a loss on Thursday after U.S. government data revealed a weekly climb in U.S. crude inventories, on the heels of six consecutive weeks of declines, raising expectations of an oversupplied market as uncertainty continues to surround the outlook for demand.

On Thursday, West Texas Intermediate crude for October delivery on the New York Mercantile Exchange fell 75 cents, or 2%, to settle at $37.30 a barrel. November Brent crude, the global benchmark, lost 73 cents, or 1.8%, to reach $40.06 a barrel after a 2.5% gain in the previous session.

That compared with an average forecast by analysts polled by S&P Global Platts for a fall of 500,000 barrels. The American Petroleum Institute on Wednesday reported a climb of 3 million barrels, according to sources. The supply reports were each delayed by a day due to Monday’s U.S. Labor Day holiday.

U.S. refiners took an even bigger hit than expected from Hurricane Laura, which made landfall in late August on the U.S. Gulf Coast, Phil Flynn, senior market analyst at The Price Futures Group, told MarketWatch. The EIA reported a big drop of 1.1 million barrels per day in crude refinery runs for last week, leading to the first domestic crude-stock build in weeks, he said.