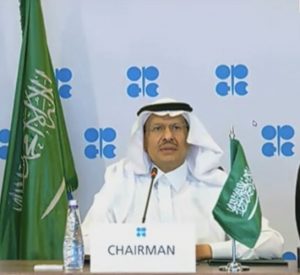 Oil futures finished higher on Thursday as the Organization of the Petroleum Exporting Countries and its allies stressed the importance of full compliance with output cuts during their monthly meeting.

“Feeling OPEC+ has their back, market participants hiked oil prices, with boosted confidence that if things do not get better, OPEC+ might step in to the rescue,” said Bjornar Tonhaugen, head of oil markets at Rystad Energy, in emailed commentary reported MarketWatch.

The oil producers, collectively known as OPEC+, held a joint committee meeting via videoconference Thursday to discuss their existing program of output cuts. The group had previously pared record production cuts of 9.7 million barrels per day to 7.7 million barrels per day starting in August, but also said that countries that failed to previously meet their quota limits would be compensating for their overproduction.

In a statement, the Joint Ministerial Monitoring Committee said it will recommend that the OPEC Conference approve an extension of the compensation mechanism, which was set to end in September, until the end of December. The committee also pegged overall conformity among participating OPEC+ countries in the output cut agreement at 102% in August, including Mexico, citing secondary sources.