Senator Lankford and others target elimination of wind tax credit

A tough Wednesday for energy stocks in Oklahoma 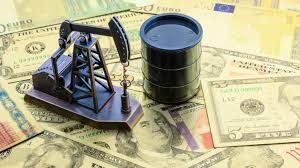 Oil futures gained on Wednesday as U.S. crude supplies declined for a second week in a row, but U.S. benchmark prices fell short of reclaiming the $40 mark, with coronavirus-related lockdowns in Europe raising expectations for weaker energy demand. Plus, oil stocks at Cushing remained at 54 million barrels.

MarketWatch reported that on its first full day as the front-month contract, West Texas Intermediate crude for November delivery rose 13 cents, or 0.3%, to settle at $39.93 a barrel on the New York Mercantile Exchange after tapping a high of $40.75. Front-month prices settled below the $40 mark for a third consecutive session.

The global benchmark, November Brent crude climbed 5 cents, or 0.1%, to $41.77 a barrel on ICE Futures Europe.

Natural-gas futures, meanwhile, rallied by nearly 16%, with traders focused on reported transport disruptions in Texas from storm-related flooding, recent declines in production and signs of strong demand for the fuel, analysts said.

That was much less than the average forecast from analysts polled by S&P Global Platts for a decline of 4 million barrels, but the American Petroleum Institute on Tuesday had reported an increase of 691,000 barrels.

“While this data remains relevant, oil markets have bigger fish to fry in the form of COVID-19 and fears over another round of lockdowns,” said Lukman Otunuga, senior research analyst at FXTM. “The commodity remains heavily influenced by demand-side factors and the state of the global economy.”

Prices likely will remain stuck around the $40 region in the near term, especially if another round of possible lockdowns hit oil demand, he told MarketWatch.

EIA data Wednesday also showed crude stocks at the Cushing, Okla., storage hub unchanged for the week at 54.3 million barrels, while total domestic oil production was down by 200,000 barrels at 10.7 million barrels a day.