Chesapeake Energy gets funding from 14 banks 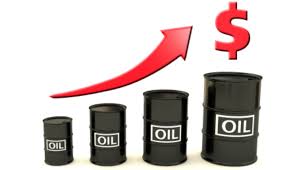 Oil futures split paths for the session on Friday, with U.S. prices up modestly and global prices slightly lower but both benchmarks logging their biggest weekly gain since June after major oil producers pledged their full commitment to output cuts.

West Texas Intermediate crude for October delivery tacked on 14 cents, or 0.3%, to settle at $41.11 a barrel on the New York Mercantile Exchange. However, November Brent crude, the global benchmark, lost 15 cents, or nearly 0.4% at $43.15 a barrel on ICE Futures Europe.

“So much for the OPEC+ JMMC being a ‘non-event’,” said Stephen Innes, global chief market strategist at AxiCorp. “A commitment to continued compliance/catch-up with quotas and pressure from Saudi concerning the need to comply appeared to strike a favorable chord with the market.”

The Organization of the Petroleum Exporting Countries and their allies, collectively known as OPEC+, held a Joint Ministerial Monitoring Committee meeting Thursday, extending the period during which countries that failed to limit production adequately in earlier months can make compensatory reductions.

“If these additional cuts are implemented, the feared production surplus on the oil market could be avoided and stocks reduced considerably,” said Eugen Weinberg, analyst at Commerzbank, in a note.