Oil and gas rig counts remain weak in Oklahoma and across the U.S. 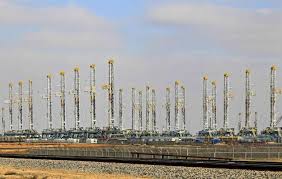 Stacked upright like power poles, the number of oil and gas drilling rigs in storage far exceeds those in use in the U.S. oil and gas plays. And the numbers saw little change in the past week.

Oklahoma’s oil and gas rig count increased by one to reach 12 active rigs over the past week while nationally, the count slipped by two to 254.

The Baker Hughes Co. rig report indicated Oklahoma’s count of a dozen rigs compared to 76 a year ago. Nationally, the past week’s count saw the number of oil rigs declining by one to 180 while the number of gas rigs dropped by one to 71. The most recent U.S. numbers are down 632 from the 886 active drilling rigs reported one year ago.

The decline of rigs in the past year included 553 oil rigs and 82 gas rigs. The number of offshore drilling rigs remained at 15 this past week, down 10 from a year earlier.

Oklahoma’s numbers compare to 105 rigs in Texas where there was a decline of one in the past week. A year ago, Texas had 430 oil and gas drilling rigs. Colorado remained at five in the past week, still below the 26 a year ago.

The Red Top Rig Report published by the Independent Oil and Gas Service in Wichita, Kansas indicated the rig county in Kansas dropped by one to eleven. Louisiana was unchanged at 37, still 21 fewer than a year ago.

New Mexico’s count dropped by one to 46, far fewer than the 108 last year. North Dakota stayed at 9 active rigs, down from 55 from a year earlier.

Wyoming continued with only one drilling rig compared to 36 last year. 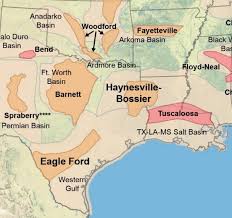 The Permian Basin saw a count of 124 rigs, down one in the past week and far below the 419 last year at this time. The Ardmore Woodford in Oklahoma remains without any drilling rig while the Arkoma Woodford has one.

The D-J Basin remained at four rigs compared to 22 last year. The Eagle Ford in South Texas stayed at 9 rigs, far below the 66 a year ago.

The Granite Wash remained at one rig while the Mississippian in Oklahoma and southern Kansas still has no active rigs to report, based on figures supplied by Baker Hughes.

The Haynesville count dropped by one to 35 while the Marcellus slipped by two to 24. The Utica stayed at 5 active rigs.