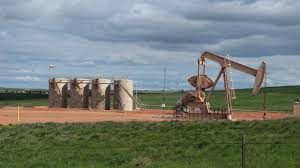 North Dakota oil production jumped to more than 1 million barrels a day in July for the first time in two months but remained below its peak as the coronavirus pandemic continued to hamper output in the state’s Bakken shale field, a state official said this week.

Crude oil output rose about 20% to 32,252,017 barrels total for the month of July, or about 1.04 million barrels per day, from 26,807,731 barrels in June, North Dakota Department of Mineral Resources Director Lynn Helms said, citing the latest available data reported Reuters.

August numbers are also expected to be on the upswing, and could reach as much as 1.3 million bpd, but the trend will likely reverse itself as the summer driving season fades and recent lower U.S. benchmark oil prices take their toll, he said during the state’s monthly oil update.