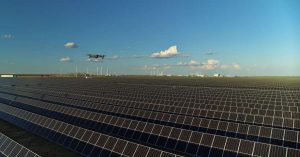 Enel Green’s latest solar venture, the Roadrunner solar plant has gone operational in west Texas—the largest plant of its kind in the state.

The plant is located in Upton County where Enel recently finished the second and final phase of construction, adding another 245 megawatts to the 252-megawatt first phase that went into operation last year.

The announcement comes on the heels of the start-up of Enel’s expansion of its High Lonesome wind farm in Upton and Crockett counties, bringing its total to 500 megawatts reported the Midland Reporter-Telegram.

High Lonesome is expected to generate not only 1.9 terrawatt-hours annually but generate over $75 million in property taxes and over $90 million in lease payments to local landowners over the life of the project. 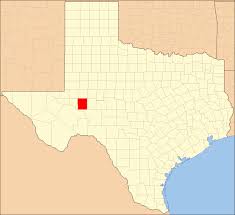 Joe Parenti, Enel’s site manager at the Roadrunner plant, said that the plant is the largest solar project in the state – and the company’s largest in the U.S. — generating 1,200 gigawatt hours annually. The project is expected to generate $60 million in property tax revenue over its lifetime, he said in an email to the Reporter-Telegram.

Enel’s solar and wind facilities will power some major corporations.“Mondelez (maker of Oreo cookies, among other products) and Clorox are the two corporate offtakers purchasing solar energy from Roadrunner,” said Parenti. “Some of the remaining energy will be sold on Texas’ wholesale electricity market.