Oil execs believe oil production has peaked in this country 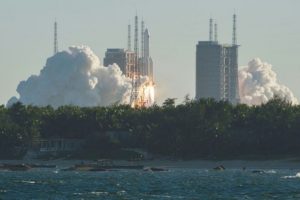 NASA chief Jim Bridenstine told lawmakers Wednesday it was crucial for the US to maintain a presence in Earth’s orbit after the International Space Station is decommissioned so that China does not gain a strategic advantage.

The first parts of the ISS were launched in 1998 and it has been continuously lived in since 2000.

The station, which serves as a space science lab and is a partnership between the US, Russia, Japan, Europe and Canada, is currently expected to be operated until 2030.

“I’ll tell you one thing that has me very concerned — and that is that a day is coming when the International Space Station comes to the end of its useful life,” said Bridenstine, the former congressman from the 1st U.S. House District of Oklahoma.

“In order to be able to have the United States of America have a presence in low Earth orbit, we have to be prepared for what comes next,” he added.

To that end, NASA has requested $150 million for the 2021 fiscal year to help develop the commercialization of low Earth orbit, defined as 2,000 km (1,200 miles) or less from the planet’s surface. 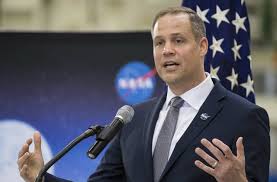 “We want to see a public-private partnership where NASA can deal with commercial space station providers, so that we can keep a permanent uninterrupted human presence in low Earth orbit,” said Bridenstine.

Bridenstine warned the lawmakers this was critical to maintain US space supremacy in the face of a planned Chinese space station that Beijing hopes will be operational by 2022.

The station is named Tiangong, meaning Heavenly Palace, and in June Chinese state media announced it was partnering with 23 entities from 17 countries to carry out scientific experiments on board.

These countries included both developed and developing countries, such as France, Germany and Japan, as well as Kenya and Peru, according to Xinhua news agency.

“China is rapidly building what they call the ‘Chinese International Space Station,’ and they’re rapidly marketing that space station to all of our international partners,” said Bridenstine.

“It would be a tragedy, if, after all of his time, and all of this effort, we were to abandon low Earth orbit and cede that territory.”

He explained that the microgravity of ISS offered great potential for scientific advances, from innovations in pharmaceuticals to printing 3D human organs to the creation of artificial retinas to treat people with macular degeneration.

Bridenstine said that it was therefore necessary to fund NASA to pay companies to set up a space station, where it would be one of several customers in order to drive down its own costs.

This, he added, was vital to “ultimately not cede that territory to another country that doesn’t have our interests at heart.”