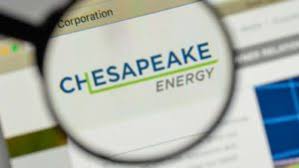 Chesapeake Energy has made another round of layoffs following its June filing for Chapter 11 bankruptcy.

“Layoff at Chesapeake, reported more than one place. Probably around 200. Should find out more tomorrow,” wrote Bill Hancock, the Business Services and Rapid Response Coordinator.

One website, TheLayoff.com reported that layoffs would be coming this week. The website is known to carry various unconfirmed reports of layoffs at different companies.

The company laid off nearly 200 workers in mid-April.

News 9 TV in Oklahoma City reported it obtained a company letter in which Chesapeake said it was reducing the workforce by 15% as a result of “challenging times.”

“We continue to prudently manage our business and staffing levels to adapt to challenging market conditions,” stated a company spokesperson, reported News 9.

Chesapeake Energy filed for reorganization bankruptcy in June and listed $9 billion in debts. Reports at the time described the action as “an end of an era” for the shale pioneer.

Chesapeake was co-founded by Aubrey McClendon, an early and high profile advocate of shale drilling who died in 2016 in a fiery one-car crash in Oklahoma while facing a federal probe into bid rigging. Over more than two decades, McClendon built Chesapeake from a small wildcatter to a top U.S. producer of natural gas. It remains the sixth-largest producer by volume.

Chesapeake’s filing in U.S. Bankruptcy Court for the Southern District of Texas made it the largest bankruptcy of an U.S. oil and gas producer since at least 2015, when law firm Haynes & Boone began publishing data on restructurings.