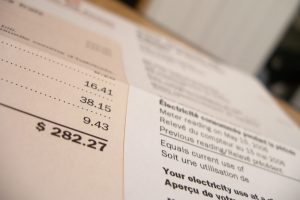 Five months after the Kansas Supreme Court ruled it illegal, Evergy continues to collect a demand fee from customers who own solar panels.

“It’s an injustice that even though this was declared unlawful, they still can keep it on the books,” said Zack Pistora, who represents the Kansas Sierra Club, one of the groups trying to draw attention to the ongoing charges, which can reach $30 to $40 per month in the summer.

The Energy News Network reported that a spokesperson for the utility said it is following regulatory protocol and plans to keep the fee in place until February, when state regulators are expected to approve a new rate.

“It’s understandable that customers could be frustrated with the situation, and the time it’s taking,” Gina Penzig said. “But we’re going through the process that is laid out under Kansas laws and regulations.”

Evergy won approval from state regulators to begin collecting the demand fee in the fall of 2018 as part of a broader rate case. The charge is based on an individual customer’s peak energy use during a billing cycle — $9 per kilowatt during the summer and $3 per kilowatt the remaining months.

After a state appeals court upheld the regulators’ decision, the Sierra Club and Vote Solar appealed that ruling to the Kansas Supreme Court. In April 2020 they won. The high court said that imposing a fee only on customers with solar panels was discriminatory.

Evergy’s position has been that because customers with solar panels typically buy much less power than other customers, their reduced payments don’t cover the cost of their use of the grid. It’s a dispute that pops up frequently and has been difficult to resolve because of the lack of data about the costs and benefits of rooftop solar to the grid.

Dorothy Barnett, executive director of the Kansas Climate + Energy Project, wants to see the charge dropped immediately by Evergy. The utility is correct in saying that state regulators must approve any billing changes, but she said the company could propose a quicker fix than a full rate case reconsideration.