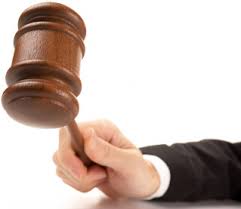 A Reno County District Court judge in south central Kansas has dismissed a lawsuit filed by a wind farm developer embroiled in a legal fight to build the Pretty Prairie Wind farm near Hutchinson.

The dismissal came after developer Pretty Prairie Wind LLC, a subsidiary of NextEra Energy filed a motion to dismiss the claims in the suit except on an issue already ruled on by the district court.

The Hutchinson News reported that the action effectively allows the corporation to appeal to a higher court an earlier ruling by District Judge Tim Chambers on a motion for summary judgment. It has 10 days to file a notice of appeal.

Pretty Prairie Wind LLC, a subsidiary formed by NextEra Energy to develop an 82-turbine wind farm in the southeast quadrant of the county, filed the suit in July 2019 after it failed to obtain a conditional use permit to build the project.

That after landowners in the development area who opposed the project successfully filed a protest petition which forced a unanimous county commission vote to grant the permit, but the vote was split 2-1 in favor of the permit.

The developer contends forms on which petitions were gathered by a “circulator” had to be notarized by a sworn notary public, and since they weren’t, that they were not legally valid.

In a July 9 ruling on the issue, Judge Chambers found a sentence at the bottom of the form stating that the circulator attested to the validity of the signatures “under penalty of perjury” was legally sufficient.

Pretty Prairie Wind then filed a motion asking to appeal on that issue immediately, which Chambers denied, stating the case should go forward on the remaining issues in the suit.

“Plaintiffs have determined that they do not wish to proceed with the remaining claims in this action and ask that the remaining claims be dismissed…except for the claim contained in Count 1 … that the Protest Petitions were invalid for failure of the signatures of the ‘circulators’ to be notarized.”

Attorneys previously said an appeal in the case will likely take a year.