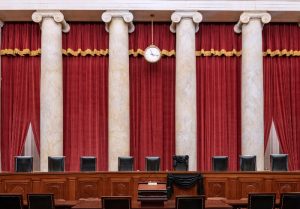 The fate of some energy cases will be decided by an 8-member U.S. Supreme Court following the death of Justice Ruth Bader Ginsburg.

POLITICO reported that one of the cases includes a fight involving three states over coal exports. Another is considered what it called a “bellwether” case in the climate change lawsuits brought by cities and states.

The attorneys general of Wyoming and Montana have asked the high court to intervene in their dispute with the state of Washington over the Millennium Bulk Terminals facility along the Columbia River, which Washington state blocked by denying a key Clean Water Act permit in 2017, citing concerns about water quality damage, and other environmental and social impacts.

Wyoming and Montana argue that Washington’s decision violated the commerce clause of the Constitution. A lower court has already rejected similar claims brought by coal company Lighthouse Resources and railroad BNSF, but the states cite original jurisdiction to take the case directly to the Supreme Court.

The justices will also weigh a lawsuit brought by the city of Baltimore against BP and other fossil fuel companies for public nuisance and product liability claims under state common law. Dozens of similar cases have been filed by cities and states in recent years.

The energy companies have sought to move the disputes out of states and to the federal courts, which would give them an advantage. A 2011 Supreme Court ruling — authored by Ginsburg — said EPA’s authority over greenhouse gases barred federal common law claims against emitters. So far, however, the companies have largely struck out.