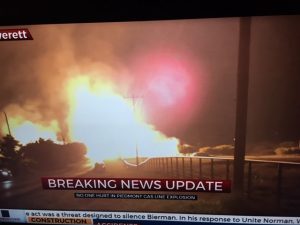 Authorities are investigating the natural gas line explosion and fireball that erupted Wednesday night near Piedmont.

No one was injured when the blast happened near Piedmont Road and Waterloo Road and flames reached 100 feet in the air. 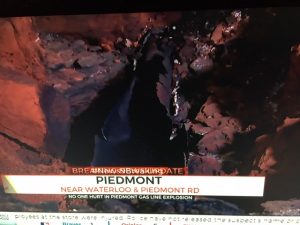 Fire crews extinguished grass fires as the gas line fire was allowed to burn out.