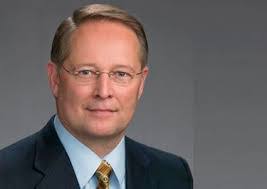 McKinney, an industry veteran, began his career in 1983 with Anadarko Petroleum Corporation. Over a 23 year period with Anadarko, he held various positions including his last title as Vice President of Reservoir Engineering, Anadarko Canada Corporation.

McKinney also spent 6 years with Apache Corporation, serving as Manager, Corporate Reservoir Engineering and Region Vice President, Gulf Coast Onshore, where he was responsible for the development and all operational aspects of the Gulf Coast region for Apache.

McKinney’s most recent role was President, CEO and Director of SandRidge Energy. He accepted the post in January 2019 and continued there 11 months before resigning in December 2019.

Tim Rochford, Co-Founder and Chairman of the Board of Directors of Ring Energy, Inc. based in Midland, Texas explained he initiated the conversation with McKinney.

“Late last year I had the opportunity to meet and visit with Paul McKinney. I had known of Paul by reputation only, but it did not take long to understand why he is so highly regarded. Paul met with the Board at my request.”

In a company statement, Rochford, a co-founder of Ring Energy said the board agreed with his evaluation that a change in the company’s approach was necessary and McKinney had the background, expertise and enthusiasm to effect the change.

“To that end, I have decided to remove myself as Chairman of the Board, but will remain in an ongoing advisory capacity, working directly with Paul, providing him with the assistance and advice he requires.”

McKinney spent only 11 months as CEO with Oklahoma City’s SandRidge Energy before replacing him with John P. Suter. McKinney was named CEO in January 2019.