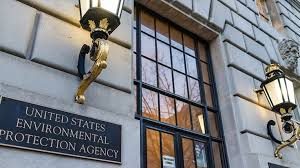 Democrats in charge of the U.S. House Transportation Committee are pushing ahead with a probe into claims that the EPA might have illegally destroyed Kansas water quality records even though the EPA and another federal agency say the claims are “baseless” and proven wrong.

Rep. Peter DeFazio, (D-Ore.), chairman of the committee and Water Resources and Environment Subcommittee Chair Rep. Grace Napolitano (D-Calif.) made the request of the inspector general of the National Archives and Records Administration.

They want an investigation of reports that the EPA supposedly illegally destroyed the records connected to the water quality standards rulemaking in Kansas.

As POLITICO reported this week, the watchdog organization CREW or Citizens for Responsibility and Ethics in Washington released documents supporting its allegation. The documents  showed boxes related to the rulemaking were damaged due to a broken sprinkler and then destroyed before receiving approval from NARA to do so.

“Further, based on the documents obtained by CREW, it appears the EPA intentionally deceived NARA about the status of the documents and then falsely blamed the coronavirus pandemic for the document destruction,” the Democrats wrote in their letter to the inspector general.

“This report is disturbing, and it appears not to be an isolated incident at the Trump administration’s EPA,” they wrote, adding the destruction may have violated the law and regulations.

EPA spokesperson Molly Block responded that the documents referenced in the letter haven’t actually been destroyed.

“They were stored in an EPA facility at the time CREW made their allegations and the Agency consulted with NARA to properly preserve the documents,” she said, adding the agency is working with a NARA-recommended contractor to get the documents picked up and remediated due to mold. “The additional claims in the letter are equally baseless, as NARA has investigated all of those allegations and determined that they are unsubstantiated,” she said.

CREW made its initial claims in an early-August report, stating, “The Environmental Protection Agency illegally destroyed records, deceived the National Archives and Records Administration (NARA) about that destruction, and falsely blamed the coronavirus pandemic to escape accountability, according to internal documents uncovered by CREW.”

The report continued, “In late 2019, 18 boxes containing Kansas Water Quality Standards Rulemaking records from 1985-2000 were sitting on the sixth floor of an EPA building in preparation for transfer to NARA when a sprinkler head broke, soaking the boxes. EPA facilities attempted to dry the records, but due to miscommunication between facilities and the Office of Water, did not immediately restore the records. Three months later, the records were full of mold, but likely recoverable.”