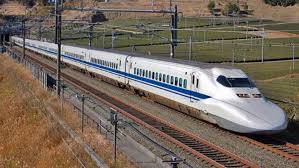 The high-speed train that promises to transport passengers between Dallas and Houston in 90 minutes has been approved by the Federal Railroad Administration, according to Texas Central Railroad, the company in charge of the project.

The U.S. Department of Transportation’s Federal Railroad Administration issued the two key rulings, which provide the regulatory framework and the environmental review for the high-speed train, that Texas officials were waiting on to move forward with the project, according to the company. The announcement was first reported by the Houston Chronicle.

Texas Central expects to start construction in the first half of 2021.The federal Surface Transportation Board still must approve the project before construction can begin reported the Texas Tribune. 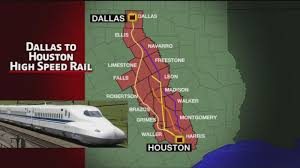 The rulings announced Monday brought cheers from leaders in Dallas and Houston, but criticism from project opponents along the path the train could take to connect the cities.

Although the company had to layoff 28 workers due to the coronavirus-related financial crisis in March, Texas Central Railroad had described the project as “shovel ready” and waiting for the federal government’s approval.

“This is the moment we have been working towards,” said Carlos Aguilar, CEO of Texas Central Railroad in a statement. “The release of the final (approvals) by the Federal Railroad Administration represents years of work by countless individuals, affirming a very thorough and careful federal regulatory process that will make the Texas Central Railroad the first high-speed rail system to be implemented in the United States.”

The company estimates that the construction for the project will take up to six years, with a total cost of around $20 billion. The train will use the same technology as the Shinkansen bullet trains in Japan, which can reach speeds of more than 200 mph.