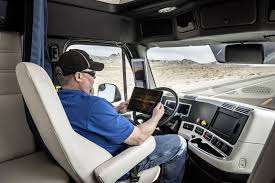 Soon, the next truck you pass on a New Mexico road might be a self-driving truck.

The companies have established a new testing center in Albuquerque, as they begin automated runs for 18-wheel vehicles with autonomous diving technology on public highways — supported by a human driver and a safety conductor according to the Albuquerque Journal.

Daimler’s Autonomous Technology Group has taken aim at commercializing self-driving trucks within a decade, and the new testing location complements ongoing research on roadways in Virginia with milder weather and fewer steep hills.

“The reason that we started the test center in Southwest is, one, there’s a lot of cargo that gets transported in that region,” Torc Robotics CEO Michael Fleming said. “We’re not really faced with severe snow and ice like we find it the Northeast, and at the same time, the environmental terrain is a little bit easier as well.” 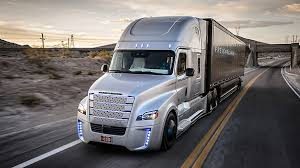 Arizona already serves as a major testing ground for autonomous vehicles, including a public-private partnership involving major public universities that was announced in 2018. Arizona Gov. Doug Ducey suspended Uber’s self-driving vehicle testing privileges in March 2018 in the wake of a pedestrian fatality in a Phoenix suburb.

Daimler’s testing routes in New Mexico are not publicly disclosed, thought the trucks are prominently labeled as Daimler autonomous-driving vehicles.

The on-board, self-driving technology keeps trucks on track by using a combination of sensors that employ radar, cameras and lasers for measuring distances.

In a news release, the companies said all automated runs require both a safety conductor and a safety driver who holds a commercial driver’s license and undergoes special training in extreme vehicle dynamics and automated systems.