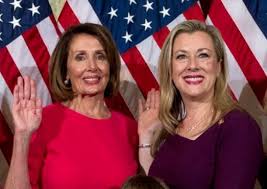 The U.S. Chamber of Commerce decision to give a controversial endorsement of Oklahoma Democrat Congresswoman Kendra Horn is still making the political rounds.

Grist, in a report about the Chamber’s endorsements for Rep. Horn and other Democrats who strongly support Speaker Nancy Pelosi raised more than the eyebrows of Oklahoma State Chamber of Commerce President Chad Warmington.

Here is how Grist reported the Oklahoma endorsement:

Another close race where the Chamber chose to back the more pro-climate candidate: Oklahoma’s 5th district, where Representative Kendra Horn made history in 2018 by becoming the first Democratic Congressperson to hold the seat in 44 years. She has said that addressing climate change is “critical.” Her opposition to mining and offshore drilling projects, plus her pledged support for Oklahoma’s wind industry and the nation’s public lands, have earned her a lifetime score of 93 percent from the League of Conservation Voters.

The pro-business Chamber’s endorsement of Horn clashes with the National Republican Congressional Committee’s depiction of her as a “Green New Deal extremist.” In one attack ad, the NRCC shows her standing next to Bernie Sanders and the Green New Deal’s cosponsor Alexandria Ocasio-Cortez while alleging that “their socialist Green New Deal” would kill New Mexico jobs.

But in reality, neither Horn nor Torres Small support the Green New Deal. Torres Small has said that ambitions to halt oil and gas exploration on public lands are “out of touch” with New Mexico’s reality as a fossil-fuel-dependent state. Horn, for her part, has called for an “all-of-the-above” approach to energy policy, calling oil and gas a “critical” part of the nation’s energy infrastructure (alongside solar and wind). 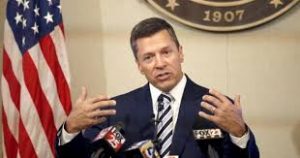 Still, the U.S. Chamber’s Democratic endorsements have not sat well with many of the lobby’s more conservative members. Chad Warmington, Oklahoma State Chamber of Commerce CEO and president, wrote a scathing letter based on Horn’s energy platform. “I question how the U.S. Chamber could endorse a candidate who consistently voted against the largest industry in Oklahoma,” he wrote in August. “That is hardly a pro-business record.” One member of the U.S. Chamber, Allen Wright, resigned in protest over Horn’s endorsement, and her constituents have accused her of voting “96 percent of the time with the Pelosi agenda.”