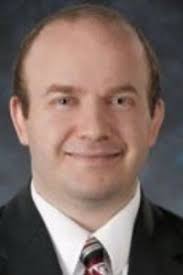 As Oklahoma Corporation Commissioner Todd Hiett faces questions about using unspent campaign money to pay for an office, his lone challenger in this year’s election contends Hiett is breaking the state’s campaign rules.

Todd Hagopian, the Libertarian candidate seeking to unseat Hiett on the Commission said, “The rules are pretty straightforward here and Commissioner Hiett is breaking them.”

He also said it’s a pattern with Hiett who also serves on a bank board, referring to a report earlier this year by OK Energy Today in which the commissioner said he had obtained a legal opinion from former Attorney General Susan Loving. (Click here for original story.)

“He consults lawyers, twists words and tries to get a write up justifying it, but Oklahomans know better,” said Hagopian.

A News 9 report this week raised the question about Hiett’s use of unspent campaign money on officer rental. Hiett lives on his farm near Kellyville and travels to Oklahoma City to conduct commission business.

““My campaign’s CPA and I work diligently to abide by the ethics rules,” Hiett said in a statement to News 9. “The legal counsel we conferred with believes it is an appropriate expenditure.”