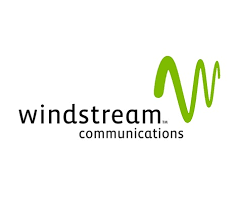 Windstream Holdings Inc. of Little Rock announced this week that it has officially restructured and is now a private company.

The telecommunications firm declared bankruptcy last year and has been working to remake itself and cut debt reported Arkansas Business. The company said it’s reduced its debt by about two-thirds, or more than $4 billion, and now has access to $2 billion in new capital.

As Arkansas Business reported last month, Windstream plans to invest heavily in its future as a provider of business communications products and services and high-speed broadband for rural consumers. It now has six new majority owners, all out-of-state firms.

President and CEO Tony Thomas told Arkansas Business that as a private company, Windstream won’t be run from quarter to quarter and can focus on creating long-term value for its owners instead. He said it could be more aggressive in the short term, by making investments that pay off in two or three years instead of two or three quarters.

The company filed for bankruptcy in February 2019 in response to a $310 million judgment won by bondholders in a dispute over the 2015 spinoff of Uniti Group Inc. into a separate publicly traded company, also based in Little Rock.