Walmart goes all in for climate change efforts 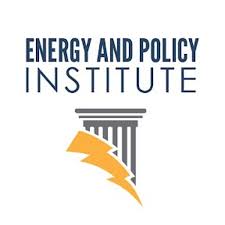 A California-based energy group is catching the attention of some critics, including some who fear it might try to become active in Oklahoma.

It has come under criticism from the Alabama Secretary of State. But it’s not the first time. In 2017, the Washington Examiner wrote a critical piece about the organization, under the headline “How the Energy and Policy Institute dupes the media into covering its work.” (Click here to read its story.)

Read what Daniel Stevens recently wrote. He is executive director Campaign for Accountability, a public accountability group based in Washington.

Last November, the Alabama Public Service Commission held a hearing on a petition to abolish the fee, and a ruling is expected soon. Perhaps this is why, in December, the Energy and Policy Institute (EPI), issued a report critical of utility companies, including Southern Company, of which Alabama Power is a subsidiary. Now Alabama Secretary of State John Merrill is trying to ascertain exactly what EPI is.

EPI describes itself as a “watchdog organization working to expose attacks on renewable energy and counter misinformation by fossil fuel and utility interests,” and claims not to receive any funding from “for-profit corporations or trade associations.”

Its report explains how utilities, including Southern Company, use charitable giving to influence politics and increase investor profits. Certainly, this is fodder for inquiry. Companies often do use charitable giving as a way to win favor of politicians and regulators, and consumers should be aware of the practice. Yet EPI has not been honest about its own attempts to wield influence.

My organization, Campaign for Accountability (CfA), long has been investigating rooftop solar companies, which frequently prey on vulnerable populations without delivering promised benefits. Upon discovering the solar industry trade association had supported EPI in its campaign goals, we looked into EPI and eventually released a report revealing that EPI is not the typical think tank or watchdog as it purports to be. Rather, it is a dark money group: it is not registered with any relevant secretary of state, no one admits to funding it, and it does not appear to have nonprofit status.

Nonprofits are required by law to file their tax forms with the IRS annually and release those forms upon request. Yet CfA asked EPI for a copy of its annual tax form but received no response. A search of databases that maintain public copies of 990s, Guidestar and the Foundation Center, similarly returned no results. Rather than a nonprofit, research suggests EPI is the creation of a public relations firm called Tigercomm, a cleantech marketing communications, PR and public affairs firm.

EPI’s founder and former executive director, Gabe Elsner, is closely tied to the clean tech industry. He currently works for an electric car company and interned at Tesla, the parent company of SolarCity, a solar panel manufacturer. Elsner previously worked for the Checks and Balances Project, another clean energy advocacy group, and at Tigercomm, whose clients include several solar companies as well as the Solar Energy Industries Association. While at the Checks and Balances Project, Elsner attempted to conduct a sting operation aimed at the American Petroleum Institute, and then Tigercomm contacted journalists on his behalf.

EPI described itself a “pro-clean energy think tank” in a lawsuit filed in Indiana, while it was a “watchdog group” that uses research to inform the public about energy and utility issues in a Tennessee lawsuit. Whether a think tank or a watchdog group, most such organizations are registered as nonprofits under section 501(c)(3) of the Internal Revenue Code. EPI is not.

Despite its opaque background, journalists tend to cover EPI’s findings and quote its employees as they would any nonprofit. Just last week, the Los Angeles Times quoted EPI’s executive director and referred to the organization as a “pro-renewable energy watchdog group.”

In April, evidently concerned about EPI’s bona fides, Alabama’s Secretary of State sent a letter to an EPI representative requesting information about EPI’s funding and organization. Merrill noted he “could find no record of [EPI’s] incorporation with any secretary of state’s office, including Alabama’s, or with the federal government.” He also noted that an employee of EPI was representing another nonprofit, Energy Alabama in connection with Alabama energy issues. Merrill asked EPI to provide information about its legal status and funders. It is unclear if EPI responded.

Renewable energy companies and advocates seek to convey an image of not just cleaner energy, but also cleaner politics. EPI, however, embraces the same campaign-style tactics that green energy companies purport to oppose. The fact is EPI is not so different from Southern Company – the two just appear to have competing business interests. Information proffered by EPI should be viewed in the same light as those it targets.”
Daniel Stevens is the executive director of Campaign for Accountability, a public accountability group in Washington.