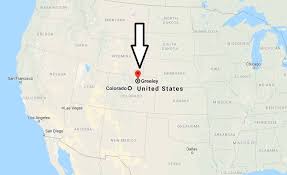 A Colorado oil and gas exploration company has filed suit against the city of Broomfield claiming the city has used its regulatory powers to create a noise ordinance targeting the energy firm.

The Greeley Tribune reports that Extraction Oil & Gas Inc.  has filed suit against the city and county of Broomfield, saying officials there are infringing on the company’s existing operating rights in an attempt to shut down its operations.

In a complaint filed Monday in the U.S. District Court of Colorado, Extraction claims the Broomfield City Council was bowing to the demands of local residents that oppose all oil and gas operations in the area by using its regulatory powers to target the company.

Specifically, it claims a recently-passed municipal noise ordinance that caps nighttime noise at 40 decibels targets the company because it made clear in years of public outreach that it couldn’t shut down its operations at night and remain economically viable.

The suit points to multiple demands in recent weeks filed by the city in municipal court demanding Extraction comply with the ordinance.

Click here for more of the Greeley Tribune story.