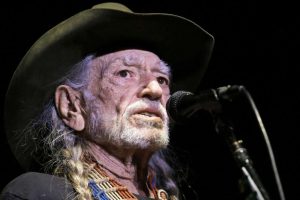 He’s not put it to song, but he has written about the Texas Hill Country where the pipeline will pass.

The Texas Hill Country is a gift from Mother Nature. Sprawling over 986 square miles in the heart of the state, it is a wonder of rolling grasslands, pastures of pecan, mesquite, desert willow and oak. Fields of bluebonnet, the state flower, line the highways. The region is a pristine, bio-diverse ecological gem, one of the most treasured landscapes of the American Southwest. But the pride and lifeblood of this unique part of the world are the granite and karst features, the thousands of underground streams and aquifers that hold groundwater and course like veins.

Recently however, a threat to this precious water has caused alarm, outrage, and despair. Driving along the highway one can see mile after mile after mile of ditches being dug in preparation for the Permian Highway Pipeline, a 430-mile, 42-inch tunnel that would usher 2 billion cubic feet of fracked gas through the Texas Hill Country.

Must we wait until the water is poisoned, the grasslands are gone, the local wildlife extinct and communities ruined before common sense and the love of our land prevails? When will we stop swapping the environment for a profit? To quote a native Hill Country boy, the 36th president of the United States:

“All my life I have drawn sustenance from the rivers and from the hills of my native state. I want no less for all the children of America what I was privileged to have as a boy,” said Lyndon B. Johnson.