Congressman offers praise for OU in getting federal geothermal grant

A Wichita Falls, Texas wind manufacturer is one of eight receiving federal funding from the federal government for wind development research.

One of the awards to Carter Wind Turbines is the development and implementation of a new 36-meter rotor for the firm’s 300-kilowatt two-bladed downwind turbine. The new turbine more than doubles the rotor swept area of the current model. 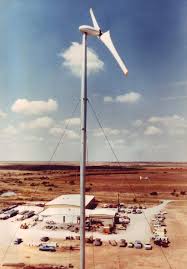 Mirroring a trend seen with larger wind turbines, most of these projects are developing small or medium-size wind turbines with longer blades and larger rotors, allowing them to capture more energy even in areas with lower wind speeds. These larger rotors create a need to reconsider the drive trains, turbine controls, and support structures, not only to increase energy production, but also manage loads and reduce system weight and cost.

“The Competitiveness Improvement Project has advanced the state of distributed wind technology in the United States, reducing the cost of some designs by more than 50%. CIP also supports the electrical, performance, and safety certifications of next-generation technologies, which is important for competitive market entry and export,” said Daniel Simmons, Assistant Secretary for Energy Efficiency and Renewable Energy at DOE.

The other recipients of the awards were firms in Pennsylvania, Massachusetts, Arizona and Vermont.