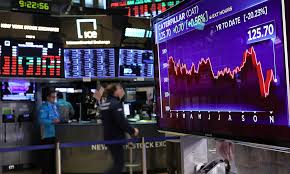 Oil futures finished with a loss Monday, though with signs of a recovery in energy demand contributing to a fourth straight monthly gain for U.S. benchmark crude.

On Monday, West Texas Intermediate crude for October delivery rose 36 cents, or 0.8%, to settle at $42.61 a barrel on the New York Mercantile Exchange. The new front-month November Brent crude contract ended 53 cents, or 1.2%, lower at $45.28 a barrel on ICE Futures Europe.

Based on the most actively traded contracts, U.S. benchmark WTI crude saw a monthly gain of 5.8%, which represented a fourth straight monthly climb, according to Dow Jones Market Data. Brent, the global benchmark, notched a nearly 4.6% rise for the month to tally a fifth monthly climb in a row. Oil’s monthly gains have accompanied a global rally in equities that has the U.S. market on track for its strongest monthly gain in more than three decades.

“The uptrend has clearly lost momentum since the early stages of the Q2 rebound,” said Tyler Richey, co-editor at Sevens Report Research. However, “the path of least resistance is still higher right now as technical support has been built out” in the low $40 a barrel level.

“That key support area should hold barring another massive demand shock like we saw during the early 2020 global lockdowns,” he told MarketWatch.