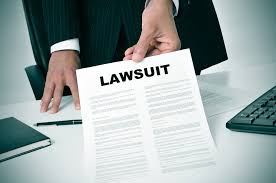 Texas-based construction company, U.S. Trinity Energy Services has filed a lawsuit against a Pennsylvania pipeline company to get $103.8 million that it says it is owed, asking that the pipeline be sold to satisfy its claim.

That includes $83.8 million related to change-work orders tied to delays and disruptions in the MVP pipeline construction.

The companies have been fighting over costs associated with building the under-construction $5.7 billion natural gas pipeline in West Virginia, the Pittsburgh Business Times reported.

That resulted in the Texas company filing a mechanic lien against the pipeline partnership for $102.5 million last March in Monroe County, West Virginia, it said.

The 303-mile pipeline is being built by Equitrans Midstream Corp. and has been halted by legal challenges and federal permits being rescinded.

U.S. Trinity said those problems contributed to delays and disruptions on its construction in three West Virginia counties in late 2017.

The company was unable to complete its work in a timely fashion because of MVP’s problems and it was forced to suspend operations, it said.

Previous contract disputes between the two companies had been resolved until February 2019, the Pittsburgh publication reported.

The contract was canceled last December.

U.S. Trinity reported that MVP had approved only $9 million of the $103.8 million being sought.

She told the publication that the legal fight was over the release of funds that MVP believes it is contractually justified in withholding and other amounts being sought by Trinity were not agreed to.

The company says the pipeline is 92% complete and could begin operations in early 2021.

It would carry natural gas from the Marcellus and Utica shales to markets in Virginia and the Carolinas.