Stagnant rig counts reported in US and across Oklahoma 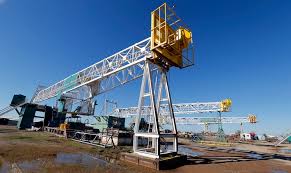 The number of oil and gas rigs actively pursuing energy in the U.S. grew by one in the past week, the same amount that rig activity in Oklahoma increased as well. It means hundreds more remain in storage across the country.

Oklahoma’s count stands at eleven, an increase of one rig in the past week while the state’s rig numbers compare to the 88 reported a year earlier. It was last year at this time that the state’s rig activity had showed increased signs of decline.

Texas reported 104 rigs this week, an increase of one compared to the 455 rigs a year earlier. Colorado’s count remained at 5 this past week while the Red Top Rig Report published by the Independent Oil and Gas Service in Wichita reported the Kansas numbers were unchanged at 7 rigs.

Louisiana dropped one and recorded 29 active rigs while New Mexico’s count slipped by two to 49, far below the 107 a year ago.

Like Oklahoma, North Dakota added one to reach eleven active rigs while Wyoming was unchanged with only one active rig in the state.

The Ardmore Woodford in Oklahoma remained at one rig while none were reported in the Arkoma Woodford. Colorado’s D-J Basin has four active rigs, same as a week ago.

The Eagle Ford in South Texas is unchanged at 12 working rigs while the Permian Basin, the most prolific formation in the U.S. dropped two to 124 active rigs. A year ago, there were 442 drilling rigs in the Basin that covers West Texas and southeast New Mexico.

The Granite Wash in western Oklahoma and the Texas Panhandle has only one working rigs, according to Baker Hughes Co. while there are no rigs working in the Mississippian that covers Western Oklahoma and parts of southern Kansas.