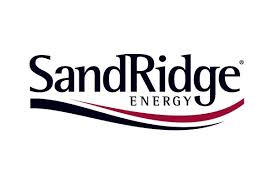 Weeks after SandRidge Energy, Inc. sold its downtown Oklahoma City high-rise headquarters in a more than $35 million deal with the state, the company released its second quarter earnings report showing a net loss of nearly $216 million or more than $6 a share. The firm also expressed some doubts about its chances of survival.

The company said the net loss was $215.8 million or $6.06 a share and blamed “significantly challenged commodity prices, a non-cash ceiling test write down and an impairment of $7.4 million or 21 cents a share. It managed to generate adjusted EBITDA of $8.8 million for the quarter.

After adjusting for certain items, the Company’s adjusted
net loss amounted to $7.4 million, or $0.21 per share, operating cash flow totaled $6.1 million and adjusted EBITDA was $8.8 million for the quarter.

After closing the headquarters, SandRidge managed to decrease its general and administrative expenses by 57% in the quarter and 58% for adjusted G & A year-over-year. The second quarter G &A totaled $4.3 million or $2.01 per boe. 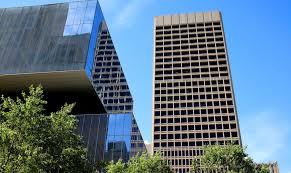 The sale of its company headquarters for $35.5 million, a move that is expected to close in the third quarter happened in the second quarter.

Its operational results and activity showed total production of 2,151 Mboe of which 24% was oil, 32% NGLs and 44% was natural gas during the quarter. The SandRidge Mid-Continent assets in Oklahoma and Kansas produced 1,786 MBoe in the Mississippian, most in the Northwest STACK.

The company completed its semi-annual borrowing base redetermination at $75.0 million under its revolving credit facility in April 2020. As of June 30, 2020, the Company’s total liquidity was $25.2 million, based on $13.5 million of cash and $11.7 million available under its credit facility. The Company currently
has $59.0 million drawn on the facility and $4.3 million in outstanding letters of credit.

Leadership indicated it isn’t totally confident of its survival plan even with a goal of using proceeds from the sale of the company headquarters and including “several initiatives expected to optimize free cash flow.”

The plans for the future include more personnel and non-personnel cost reductions as well as entering into commodity derivative contracts for natural gas.

“—while we cannot give absolute assurance that our plans will succeed, we have concluded that management’s plans are probable of being achieved to alleviate substantial doubt about our ability to continue as a going concern,” stated the company in its earnings report.